10 finalists will be invited to pitch their business in front of approximately 700 attendees and receive feedback from a panel of experienced judges. The competition winner and runner-up will be awarded cash prizes of $10,000 and $5,000, respectively.

The top 20 shortlisted ventures will also have the opportunity to showcase their companies at the Startup Fair to network and and interact with distinguished panelists and conference attendees.

Please feel free to contact us at  with any questions.

The competition is open to all African entrepreneurs with businesses focused on shaping Africa’s future. Entrepreneurs who offer unique and homegrown solutions to local problems and who meet the following eligibility criteria are highly encouraged to apply:

The judges will evaluate the venture’s potential for economic success and the likelihood of achieving that success based upon the team's plan, experience, and the validation of key assumptions and a clear and convincing presentation of the following:

The Competition is about assessing the commercial merit and potential viability of each proposed new venture. Teams that have a proven technology or even attracted "beta" customers may raise their chances of success, but early stage ideas that have been thought through / tested will be considered based on their standalone potential and the team's ability to execute.

Congratulations to the top 10 finalists of the 2019 New Venture Competition! FoodPrime is a social enterprise that bridges the gap in food inequality, reduces hunger and minimizes food waste by connecting those who have surplus or leftover food to those who need food within their community. It also allows users purchase food items at discount prices.

Poultry Farmers Diagnostics provides quality animal feed, expert training and Poultry Construction while monitoring & evaluating small/medium scale poultry farmers in Cameroon, facilitating farmers to gain certification with the government for protection and compensation in case of Bird Flu outbreak. We are also reducing 95% mortality rate of chickens due to diseases in small/medium poultry farms with our SAVE THE CHICKENS APP which uses Artificial intelligence to perform instant disease diagnosis by scanning chicken’s droppings, display the results and prescribes the needed treatment with more than 95 percent accuracy, similar to a well-trained veterinarian within 30 seconds with capabilities of reviewing over 200,000 scans conducted the same time. Ship’nbag is an automated matching marketplace fulfilled by travelers who buy and ship orders on their way back, providing a secured low-cost shipping service within the shortest period of time. Tambua Health is a medical technology software and services company that is working to revolutionize the diagnosis and treatment of TB and Pneumonia. We leverage the power of Spectral Analysis, AI and Machine Learning to turn your normal smartphone into a powerful non invasive diagnostic tool. Thrive Agric is a platform that links smallholder farmers across Africa to access to finance, good agricultural practices and access to premium market upon harvest.

The Africa Business Conference is happy to announce Sundial Brands as a sponsor of this year’s New Venture Competition. As part of this commitment, Sundial Brands will offer a $5,000 prize for a new venture which most closely reflects the mission of Sundial’s Community Commerce business model.

This model, with a focus on women empowerment, creates opportunities for sustainable social and economic empowerment throughout its supply chain within communities in the United States, Africa and beyond.  Community Commerce goes further than corporate social responsibility and fair trade by challenging businesses to use commerce as a means to transform local and global communities, in the process creating a fairer, more equitable world. Community Commerce is about truly looking at how businesses can impact the broader community they operates in and ensure that value is created across the board. It’s about making conscious decisions regarding the partners and suppliers you select, and who you choose to engage with. This means adding value, not only to consumers and customers, but to every player in the value chain.

As such, the New Venture Competition will use Sundial Brands’ sponsorship to help highlight women led ventures and reward ventures which use their business models to create opportunities for women or other financially excluded persons, or that are helping to improve the ecosystem for female entrepreneurship in Africa.

In keeping with Harambe's admission standards, the Harambeans Harvard Prize will recognize African teams with a proven track record of execution – Entrepreneurs capable of meeting weekly, monthly and quarterly company targets in spite of seemingly insurmountable obstacles. Innovators determined to transform Africa's challenges into opportunities. Optimists who share Harambe's conviction that "the Africa our generation desires can be won. It exists, it is real, it is possible, it is ours."

The winner will receive $5000 at the Africa Business Conference at the Harvard Business School, gain admission to the 12th class of Harambe and attend the Harambe Bretton Woods Symposium, April 6-8, 2019.

The prize is sponsored by Harambeans. Over the last decade, Harambeans have spawned off tech-enabled ventures such as Andela, Flutterwave, Yoco which have collectively attracted over $300 million from investors such as Google Ventures, Chan Zuckerberg Initiative and Alibaba. To build on this success, Cisco established the Harambe Seed Fund (HSF) – a rule-based, co-investment vehicle which enables Harambe to invest in high performing teams and direct global investors to the next generation of high growth African entrepreneurs. 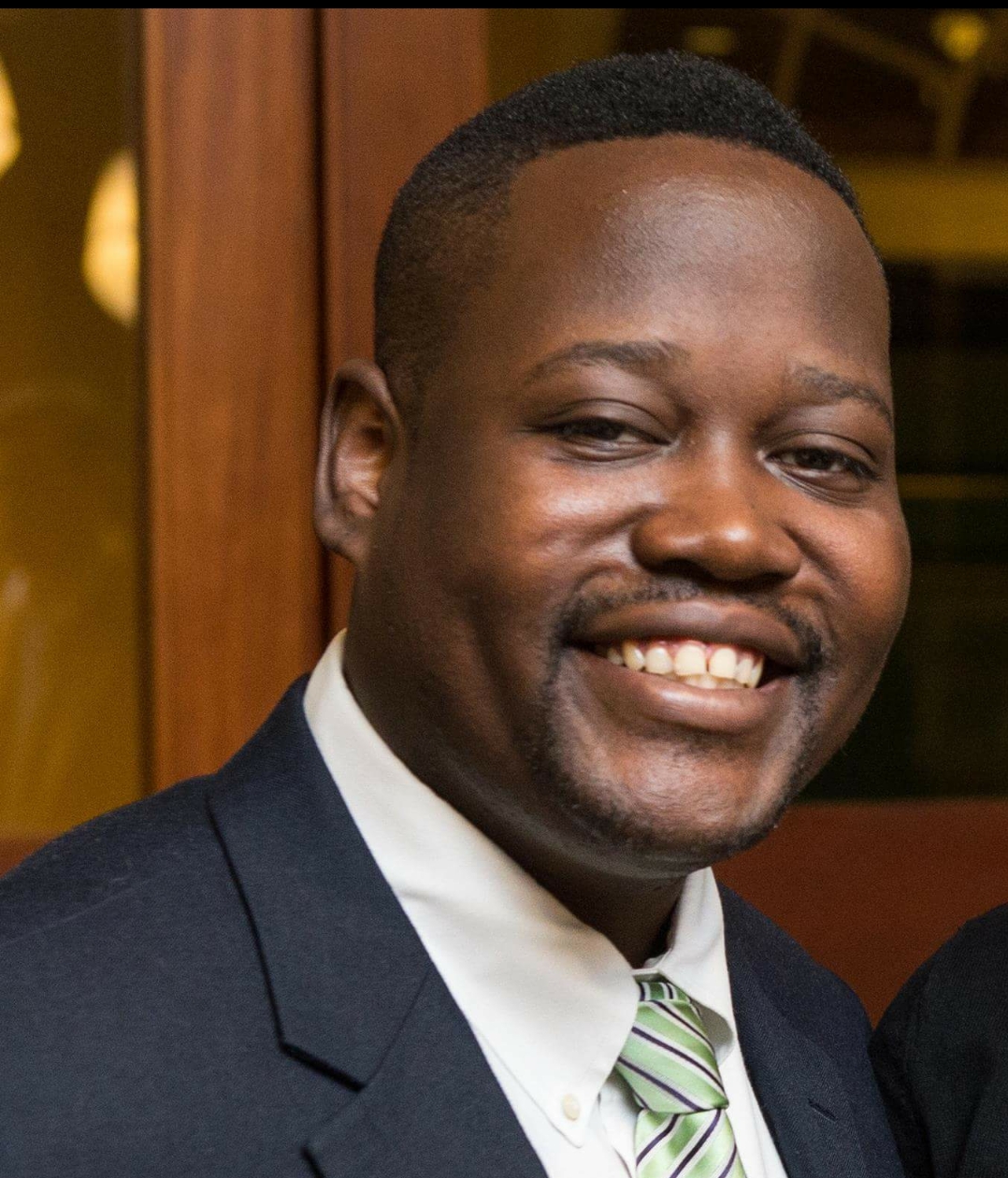 S. Andrew Musoke is the Vice President of Sales & Marketing and Chief Commercial Officer of Lori, a logistics coordination platform that seamlessly connects cargo owners to transportation. Lori has built a marketplace that allows for better utilization of assets through the fusion of an extensive on-the-ground operations team, advanced technology and exceptional customer service.  Through tech, Lori has reduced haulage costs by up to 15%, in return reducing the cost of goods on the continent. The software was launched 18 months ago and has achieved over $22mm USD in annualized system wide revenue. The company won TechCrunch’s Battlefield Africa. A Ugandan native, Andrew has deep knowledge of African markets with experience investing in and building organizations throughout the continent. He began his career in Commercial Aerospace, Insurance and Banking.  He received his MBA from Harvard University. 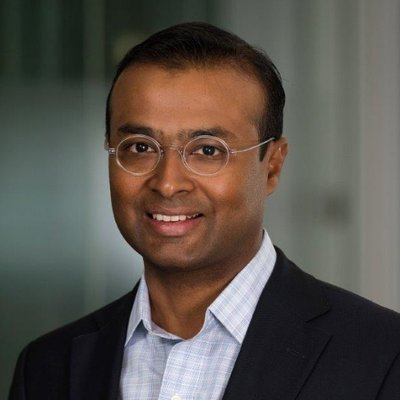 Selected by Forbes.com as one of the African continent's Top 10 most ‘Powerful and Influential Men’ of his generation, Euvin has engaged as a business executive within financial services in both the USA and Africa for the past 18 years. Prior to operating and managing the Thomson Reuters Financial Institutions business across Africa, which included the coverage of 47 countries in a matrixed operating model, Euvin was part of the African leadership team at the Boston Consulting Group, joining as the first South African Partner and Managing Director based out of the Johannesburg office, where he led the Africa Financial Institutions (Banking and Insurance) and Public Sector (DFIs, Treasury and Central Banks) Practices.

Naidoo's personal focus and work is on operations management, scaling business models, partnerships, marketing, digital innovation and transformation within financial services, incorporating the themes of customer centricity, agility, automation, financial inclusion and the implications of the 'Fourth Industrial Revolution' on organizations’ staff, stakeholders and customers. Selected in 2009 as a Young Global Leader by the World Economic Forum (WEF), in 2012 he was recruited to the Forum’s Global Agenda Councils, where he served 2 terms on the United States Council. He is a current member of the World Economic Forum's Expert Network. A certified ‘Agile at Scale’ instructor and coach, Euvin draws on deep market and client experience to support a customer centric approach targeting the acceleration of teams and businesses focused on 10X plus growth and delivery. Euvin splits his professional time between San Francisco where he is currently based, and New York, Boston and Johannesburg. 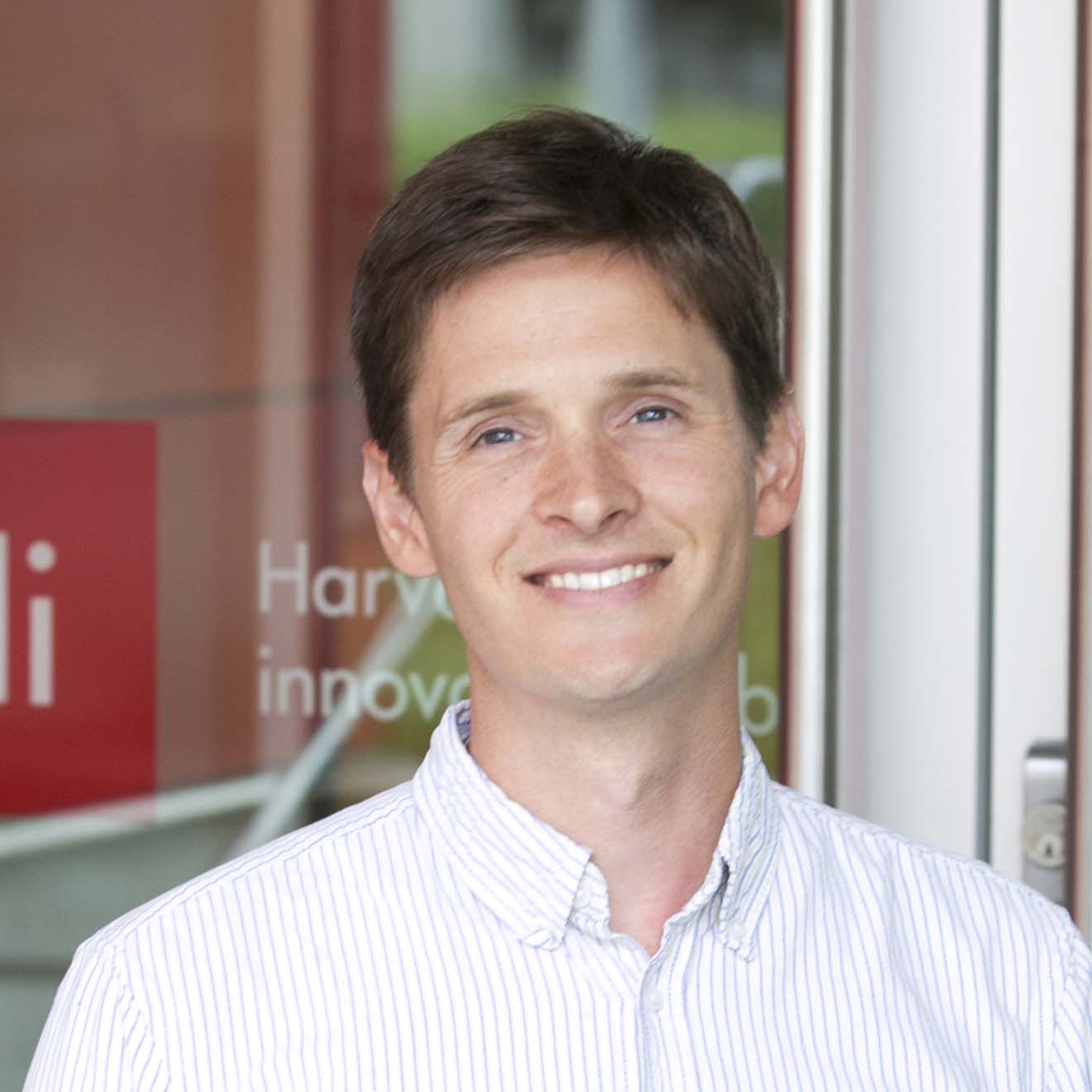 Scott Overdyke is the Associate Director for Social Enterprise at the Harvard Innovation Labs where he advises students and teams from across the Harvard community to design and launch new solutions to the world’s most pressing problems. Prior to the Innovation Labs, Scott worked with a number of social enterprises in various capacities – as founding team member of the crowdsourcing platform Razoo.com, strategy consultant at FSG, director at the impact investment fund Root Capital, and the role that first ignited his interest in this sector – as a Peace Corps volunteer in rural Panama. Scott is a graduate of Columbia Business School, Harvard Kennedy School, and Vanderbilt University. A native Texan, he has now complained his way through 10 Boston winters. 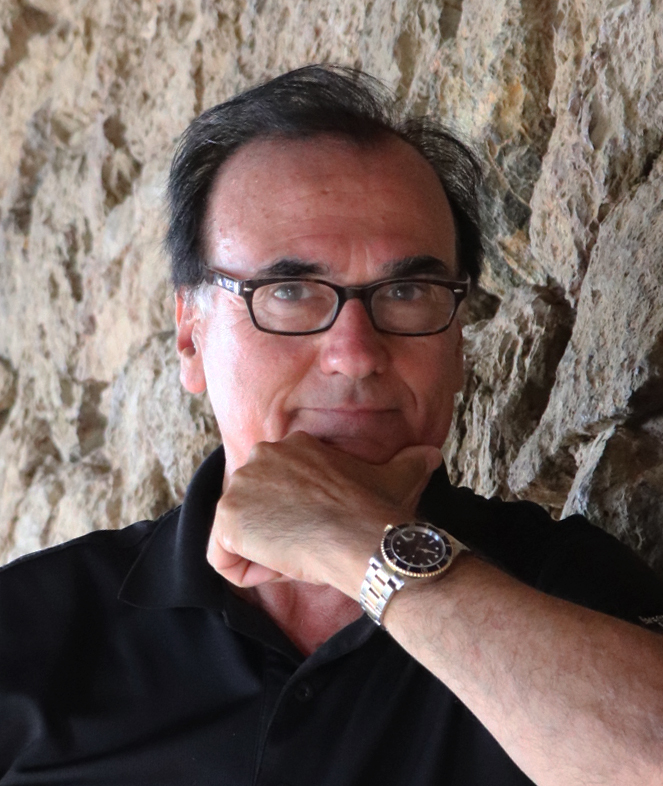 Dr. Lance Bell is a businessperson, scientist, entrepreneur, and brand raconteur who is the CEO and founder of LGB, LLC, a boutique advertising agency located in Saratoga Springs, New York. The story tellers at LGB, LLC specialize in the following sectors: technology, semiconductors, startups, luxury goods, entertainment, sports, and spirits, among others. He built the leading specialty Bourbon brand, Pappy Van Winkle, that spawned a $500M+ product category. He collaborated on logo design and brand development of the NFL football team, the Houston Texans. His company has represented two of the last five recipients of the prestigious UBM/ Canon Startup Company of the Year. – www.lgbllc.com

Dr. Bell has spent the last 10 years working in the tech sector primarily in Silicon Valley. Under the auspices of LGB, LLC, he has done work with some of the leading names in technology including but not limited to IBM, Samsung, Synopsys, ARM, and Globalfoundries. This has afforded him access to influential C-suite executives in the Valley. He is a partner in Silicon Catalyst, the world's only incubator focused exclusively on accelerating innovations in silicon. www.siliconcatalyst.com

He and his partners have screened over 250 startup companies. Dr. Bell is actively involved in advising several high value, transformative technology startups. He is currently studying Bioengineering and Nanotechnology in the School of Engineering at the Extension School at Harvard. 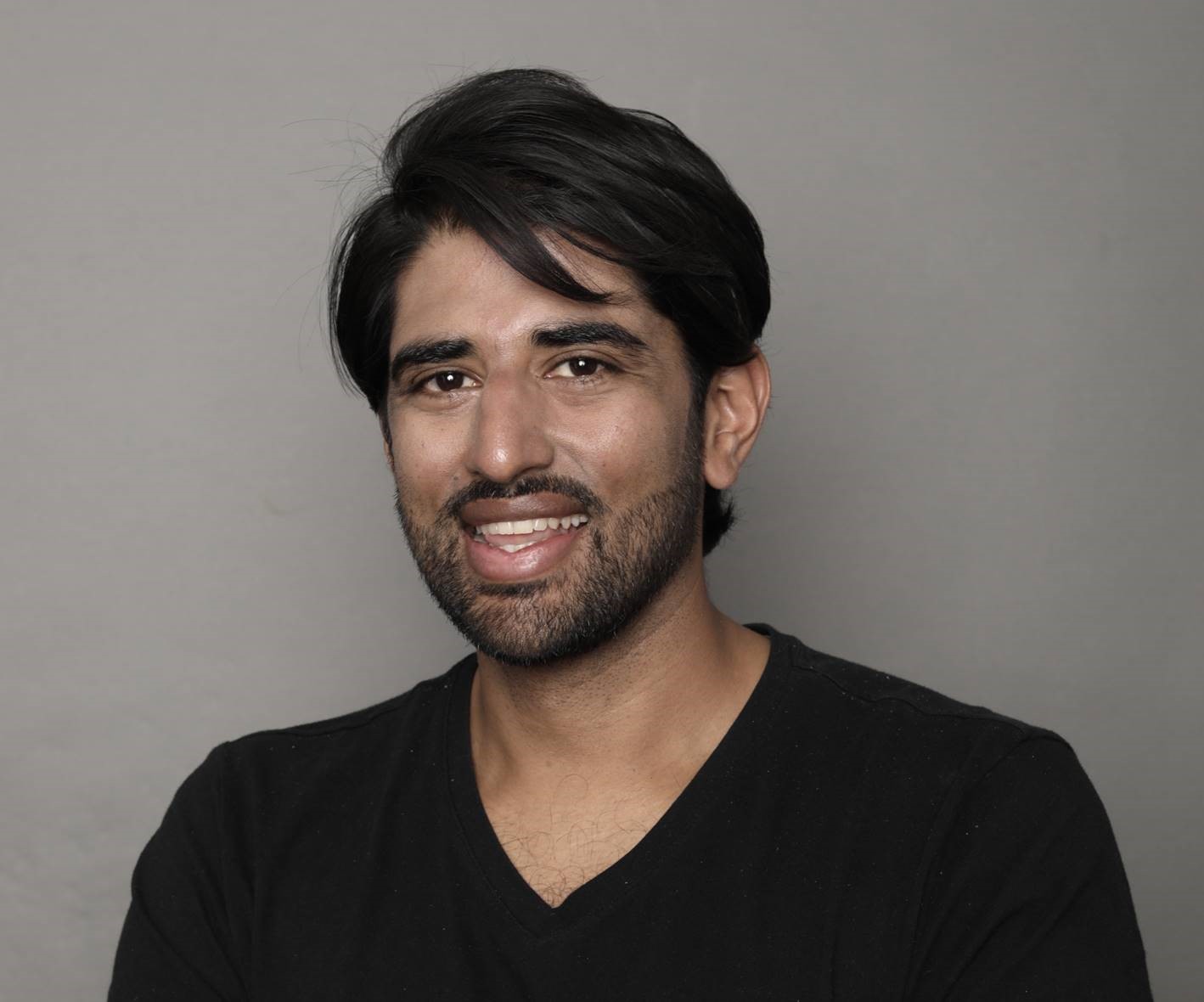 Aadil Mamujee founded Musha Ventures in 2011. Musha Ventures focuses on early stage investments in technology companies globally (50% in Africa). The name 'Musha' was inspired by Aadil's parents' names (Musti and Shakila) and also means ‘home’ in Zimbabwe. Aadil was born and raised in Mombasa, Kenya and spent the last 15 years working in technology across Europe, USA and Africa.

He was most recently VP of Product at Segovia Technology, a fintech company focused on mobile money payments in Africa. Previously he was VP of Product Management at Pocket Gems, a mobile entertainment company, where he was one of the founding employees (4th) and first product manager. He helped grow the company profitably to 200+ people and 200M+ users.

Pocket Gems is funded by Sequoia Capital and Tencent. Prior to Pocket Gems Aadil worked at Google in data science focused on monetisation of search. Aadil is an experienced early stage investor. He worked on the early stage investment team at Index Ventures before investing through Musha Ventures.

Aadil has a Masters of Engineering from Queens' College, Cambridge University and an MBA from Harvard Business School.